First I want to show off my super-cool new cover for my Samsung Galaxy S3 - it's from a seller on Etsy and is just awesome :D I saw it and needed it, 'nuff said. 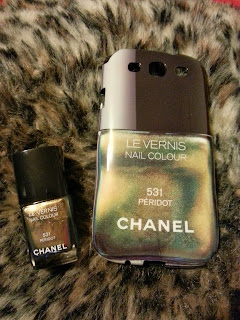 I am kind of craving darker colours again as the chilly winds are creeping in again and when I saw this in Boots I decided to spend some Boots Advantage Points. I had a bit of a time applying this; it's kind of runny and overloads the brush quite easily. But 2 coats is enough for nice coverage on shorter nails. If you have a large tip best put 3 coats. Nice and glimmery though, not too dark. A bit like Seventeen "Navy Glint" maybe? 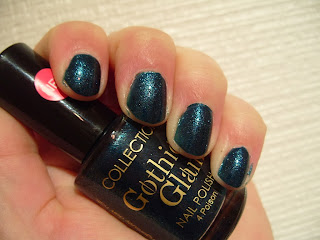 Then I accidentally happened upon the new Bleach London hair colour section in Boots. It's just launched. I wish I could still do awesome hair colours!! But one has to remain blonde and boring I'm afraid... I might do some cool stuff at Xmas time though :) I fancy some temporary pastel pink 'underhair' using the 'Rose' colour! 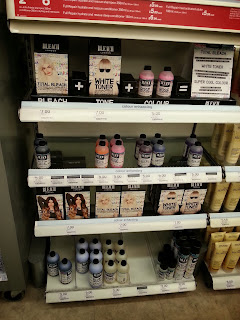