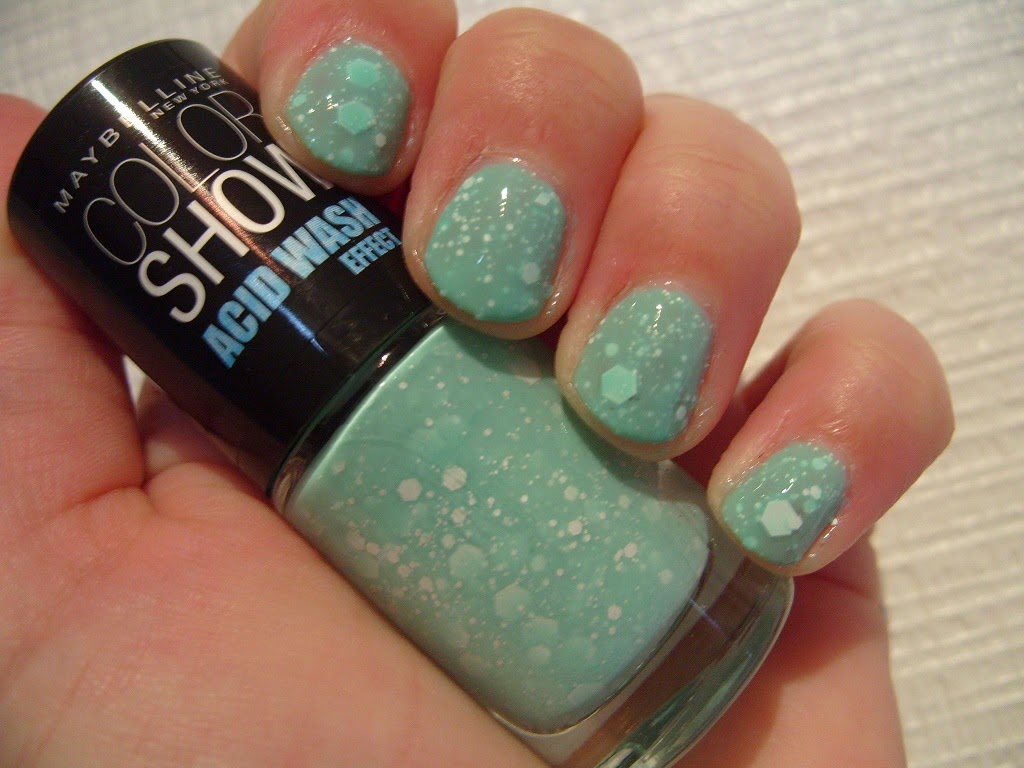 I lusted after these 'Acid Wash' polishes as soon as I saw the promos popping up on the shelf in Boots (as usual well in advance of them actually having any stock...). I then saw some swatches elsewhere on the Internet and was sold. I needed.

So I got this particular one from the collection because it's mint coloured and I'm a sucker for mint coloured. The formula is OK if you don't overload the brush, this is 3 thin coats and a slick of Seche Vite. The large hexagons are a bit tricky, they just tend to appear where you don't want one, like in a clump together on the same nail. The polish isn't entirely flat on my nail either because of the various glitters, but it could be because I've got very strongly C-curved nails? But it looks cool! Not sure how it's 'Acid Wash'?... Never mind, it's still cool. Totally sets me up for going to see 'Godzilla' tomorrow night! :) I'll warm up by watching 'Age of Dinosaurs' tonight on Syfy Channel!
Posted by Lina-Elvira