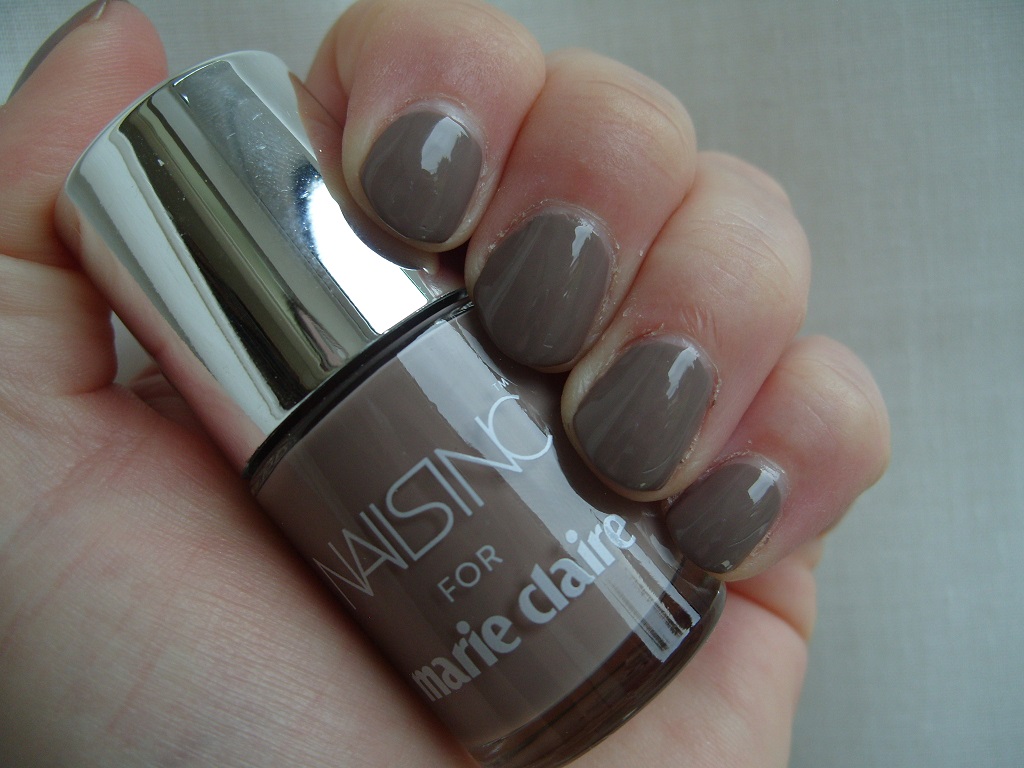 Sorry it's been a while - but as you can see from my scraggly cuticles I'm having a really bad nail time right now :( I've been doing a lot of things outside but I'm also battling severe dermatitis and it is just refusing to clear up!!! It started during my latest 'flu episode. I've had no luck putting topicals on it, prescription or naturals. The changeable weather doesn't help either. My cuticles are really dry and sore as is the rest of my hands.

But I decided that I wanted to put on nail polish last night after all. I got a really pretty greige Nails Inc from the Marie Claire magazine last month so decided to try it. I did 2 coats here. It is the perfect old skool Nails Inc formula with butter smooth opaque coverage and superb shine! :) It makes me feel better if I don't look too close!

I also discovered something new while I was AWOL - a hand cream with SPF. I bought two of these on special offer in Boots and it's great for my angry hands! It is a slight bit greasy for the first 5 minutes but I'm OK with that as a) it has SPF 15 and b) I need all the grease I can get on my hands right now. Other reviewers have commented on the fragrance and that it's a bit odd - it smells of sunscreen. Which I am also OK with as it's not very strong. The cream is rather thick, the closest comparison I can make is Nivea original body lotion? I bought it for £1.99 but at £2.99 the ordinary price is also acceptable :) 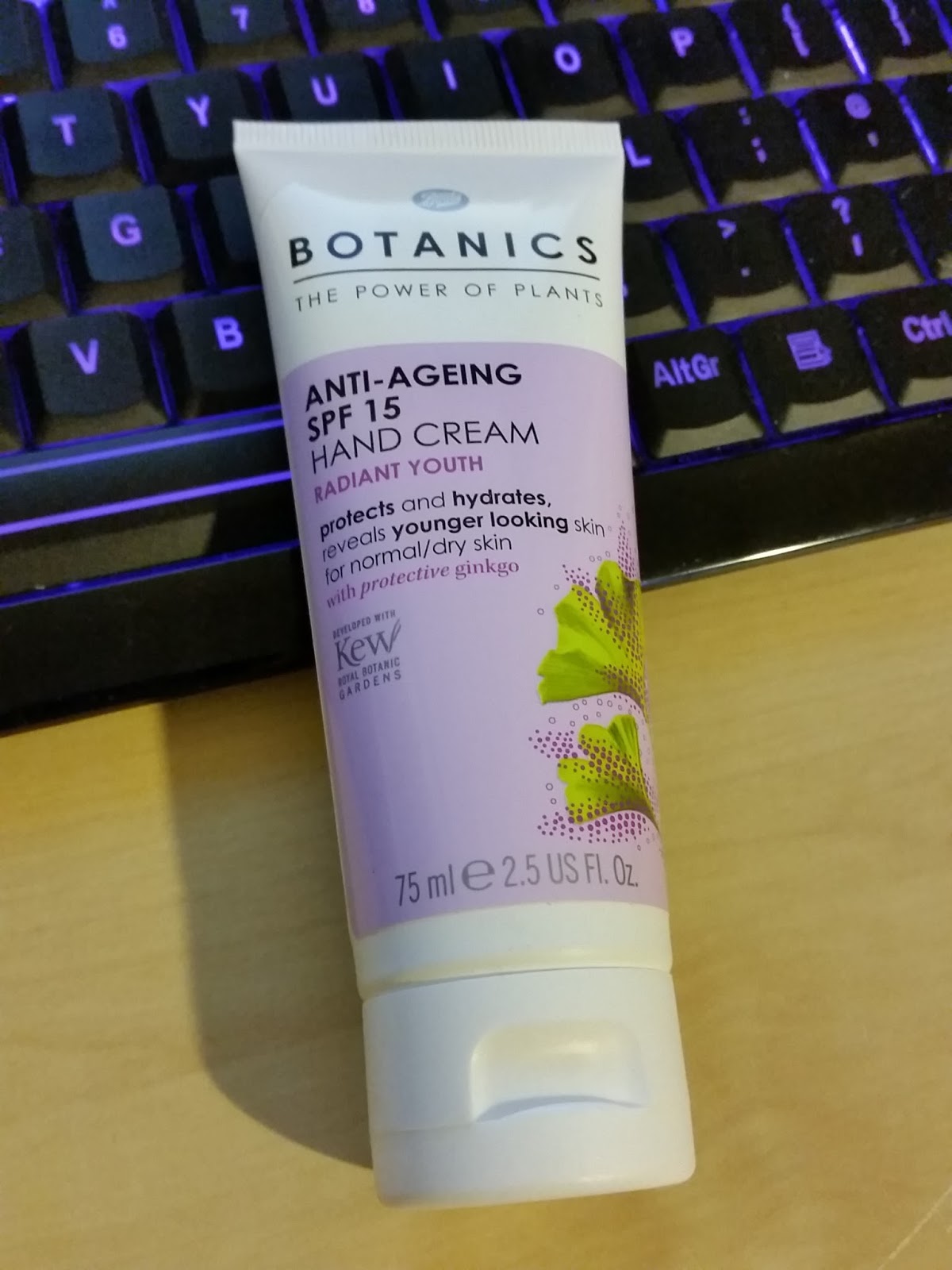 So what was I doing during my absence? Quite a lot actually... As mentioned earlier, I had a round of nasty 'flu, I did lots of ecological stuff and during the fine weather yesterday (18C) I finally built my long-awaited rock garden! :) 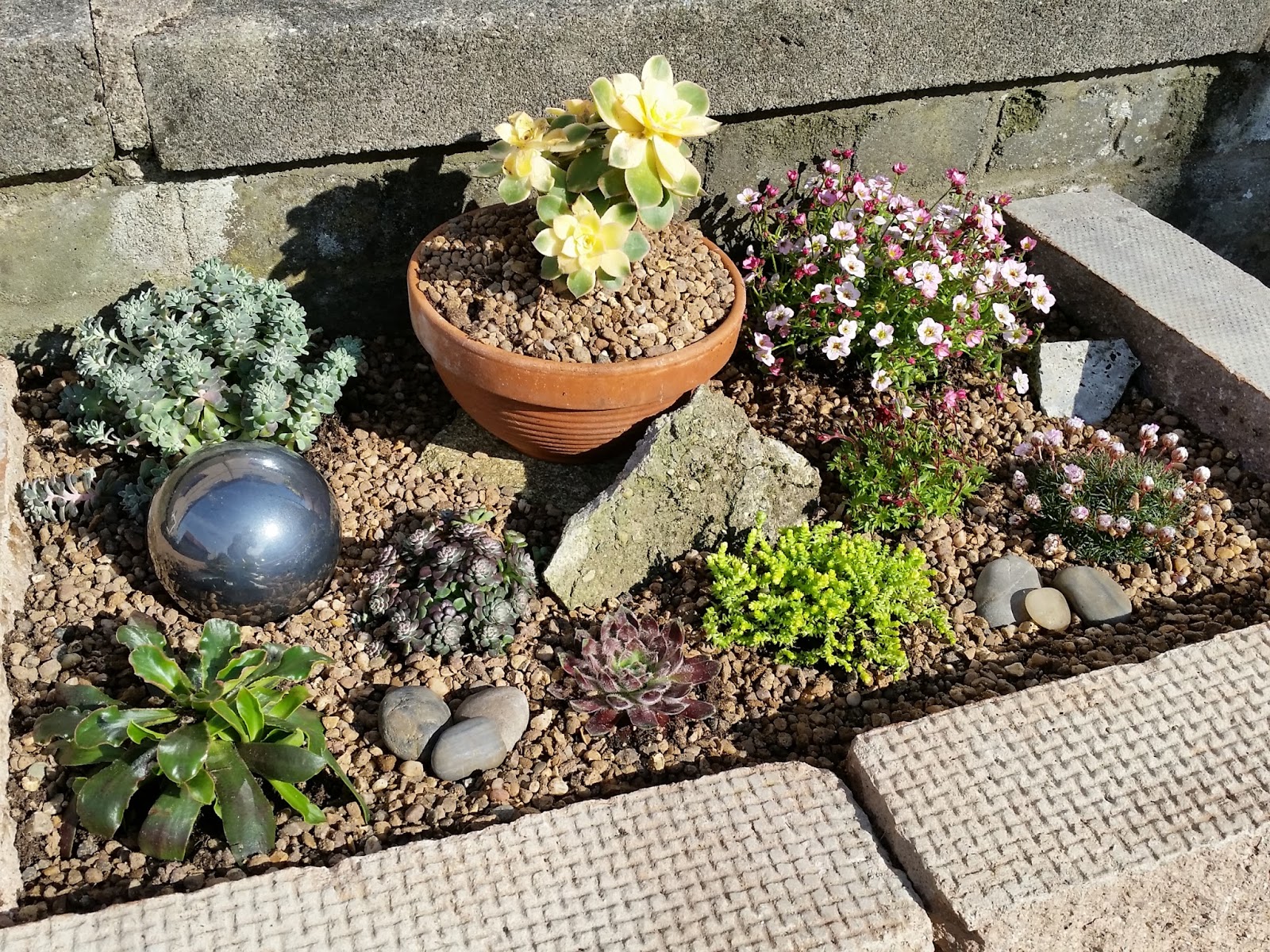 I've lots of stuff coming up that has been half-written and hopefully I'll get back into doing some videos during my holiday next week so stay tuned! :)
Posted by Lina-Elvira