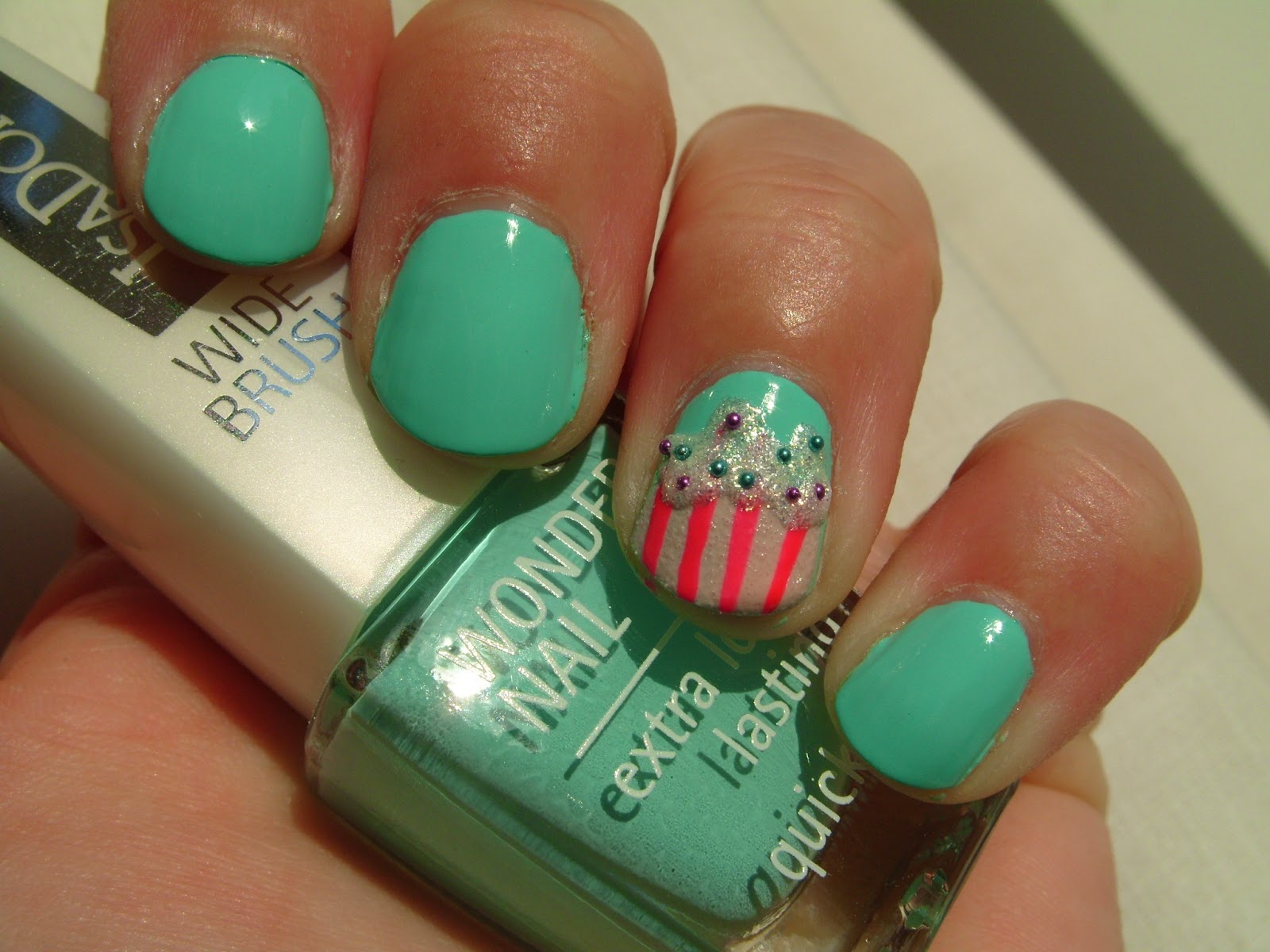 I decided I wanted to have a stab at cupcake nails... I think my first attempt is kind of decent? Perhaps even a bit 3D. I used Isadora "Ocean Drive" for the minty backdrop, then Seventeen Rock Hard Couture "Celestial Pearl" for the cupcake 'icing' and Barry M "Kingsland Road" and a pink nail art duo for the cupcake 'wrapper' and a sprinkling of micro beads from a MUA Nail Constellations which the label has fallen off of... I took this photo then covered the whole thing in a thick coat of Seche Vite. Not too shabby! :)
Posted by Lina-Elvira